Student Coaching: Above & Beyond

As a coach, there is no prouder moment than when a child you coached spreads their wings and takes flight! I am a firm believer in the situations when students one day surpass their teachers, because of the accumulated knowledge of the elder, mixed with the evolution of the game throughout eras, students become vessels of information, skill, and modern understanding.

Our student coaches are a perfect example of those who have chosen to take flight! As their confidence increases lesson by lesson, they are allowing themselves to make mistakes, trust instinctively-made decisions, and react to the needs of their team players. It is a beautiful thing to behold as a coach – the fact you have contributed to this person’s overall character development, and now they are willing to keep growing by passing their insight on to younger players. They are a new generation of Vampires who have the best student-athletes the school has to offer as role models.

It is unbelievably inspirational when an 11th or 12th grader can stand among the middle schoolers or Elementary kids and lead. Kids learning from teens, whom in turn have dedicated and committed their time and energy to improvement. When we rolled out this program, no one anticipated Championships, as we are not a co-curricular program built on a result-driven philosophy, but we did anticipate that our teams would have a positive gain, and they certainly have.

The younger students are adept to relating to someone closer to their age, and in having student-coaches they allow themselves the comfort of practicing sports without pressure. This allows them to take maximum enjoyment in what they are doing, and they end up improving their skill set tremendously. In fact, what ends up happening is the student-coach also learns about ‘the what and the how’ of structuring a session so as to not only include skill-building in their respective sports, but also use team-building strategies and talks with the team in teachable moments to raise the overall intelligence of the game.

It is an exchange that lends itself to development and progress, and we are proud to have such a program here at AISB – home of the Vampires! 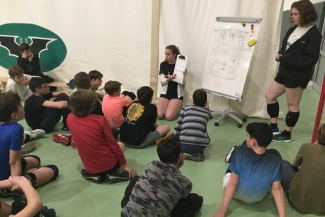 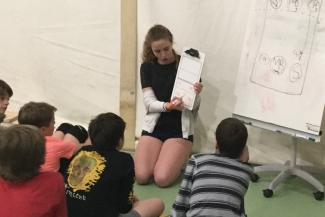 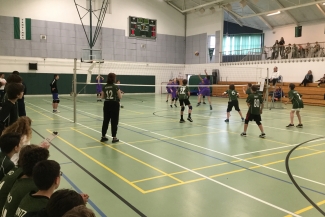 Being a coach for the middle school boys JV volleyball team is a fun experience. The boys look up to you and will listen to you too. It’s great to work as well with a coach who is in your grade, you’ll understand one another. I truly recommend it if anyone has the choice. – Jillaine S. 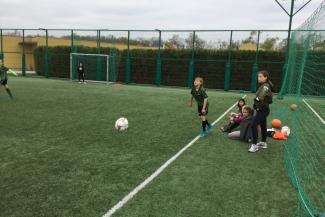 Student-Coach Phoebe V. looking on as her team competes in the Primaverii Football Cup (April 2019) 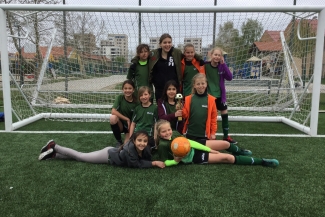 Student Coach Phoebe V. pictured above with her team as they showed resilience in overturning a 0-2 result, to win the 2019 Primaverii Football Cup 3-2. Many of the decisions taken by our student-coach lead to this Under 11 squad’s grand performance. 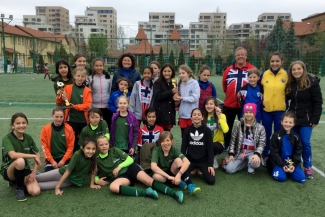 Our model of using student-coaches has also inspired other clubs, such as ACS Dream Team Bucharest to trial a similar system of using young player-coaches for younger age divisions. Way to go AISB Vampires!