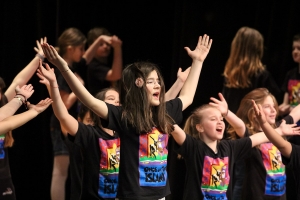 About a year ago I wrote something on free speech, that was published, if I remember correctly, in ‘The Underground’, but it seems to have gone largely unheeded. So without succumbing to the temptation of repeating myself, I will state my thoughts in a wider context and perhaps be rather more explicit in my expectations.

Although we are in Romania and governed by their laws, I was intrigued to see what ‘free speech’ meant in an American court of law as described in the First Amendment. The Court has clarified through their past decisions many interpretations of the concept of freedom of speech enshrined in the Constitution, one being that it does not “… permit students to print articles in a school newspaper over the objections of the school administration.” (Hazelwood School District v. Kuhlmeier, 484 U.S. 260 (1988))

What does this mean for any articles written within the school’s domain? Not that we are ruled by the law of the US Supreme Court, but it is rather an august body with which to take umbrage. I would imagine, that many student editors would take exception to the above as they would consider this might an infringement of their right to free speech. All student contributors to any school circulations should bear in mind the responsibilities that come with freedom of speech. The Universal Declaration of Human Rights states the matter clearly, in that “everyone shall have the right to hold opinions without interference,” and, “… shall have the right to freedom of expression.” However, the article goes on to say that these rights carry responsibilities and may “… therefore be subject to certain restrictions,” in order to respect “…the rights or reputation of others.” (Article 19 of the International Covenant on Civil and Political Rights)

So, a message to any would-be authors: be aware of the rules of engagement and the boundaries of your ethical and moral responsibilities. These days, once something is written, it tends to be circulated widely; beware and be aware of your audience. My experience is that in most matters the full story is often never known – seek first to understand – and when there is doubt, tread lightly. Anything written should reflect not only upon the reasons why you are writing it but also what you expect the outcomes to be. Any outcome should be positive not negative. I also believe naming people is inherently problematic; the focus should be on the issue not the person. Ultimately we should be a force for change as envisaged in the First Amendment, and write as befits such a challenge.

The last publication of The Underground broke almost every rule in the book; it has now buried itself. I hope that any future student editorials and publications have a better understanding of the moral compass that needs to guide them.